There’s no doubt that traveling abroad and exploring new places is magical, however, it can also be quite confusing, especially when it comes to time zones. You know that feeling when you board your flight at 5 pm on a Friday (according to your wristwatch), but it’s almost midnight in the city where you just landed and the day is over. Not to mention the jet lag, which can be quite annoying. Turns out, there are 24 time zones around the world and across different areas. People in a city may be getting ready to go to work and start their day, while others in another city may be calling it a night and heading off to bed. Here are some insane facts about time zones that you probably didn’t know about.

The Country With The Most Time Zones In The World

Even though it’s not the largest country in the world, France has the most number of time zones, having a total of 12 in them. If you’re wondering why, France holds a plethora of territories all around the globe, including the French Guiana (UTC-3:00), Guadeloupe (UTC-4:00), French Polynesia (UTC-10:00), and New Caledonia (UTC+11:00).  Metropolitan France follows the summertime zones and schedules in Europe; summer starts at 01:00 +UTC, on the last week in March, and ends at 01:00 +UTC on the last Sunday in October. Saint Pierre follows the Winter schedule also known as the daylight saving time of the US and Canada, starting in March at 02:00 -UTC and ending in November at 02:00 -UTC. On the other hand, China is massive but only has a one-time zone. In 1949, the Chinese government decided to narrow down their time zones from five time zones to just one, which is the Beijing Standard Time. This decision aimed at strengthening national unity and reducing barriers across their country.

Most countries around the world split their time zones vertically, however, Australia decided to bend the trend. Where Perth; west of the continent, has a set time zone all year, while the central areas are one hour-and-a-half ahead during different times of the year until Winter or “Daylight Saving Time” when some cities change their clocks to extend daylight during the seasons. This makes the time zone of the southern region one hour and a half-forward than the north.

Some areas are co-owned by 2 nations. For instance, the Märket island, which lies between Sweden and France, is owned by both countries and is split into two parts with different time zones. It’s quite bizarre how the same, tiny island has two time zones with a one-hour difference.

You Can Celebrate Your Birthday Trice In A Row

Did you know that in 1880, a global panel decided that the global time zone of 0+ will exist in the UK, London specifically, creating an invisible vertical line from the north to the south of the Earth? Any country on the opposite side of the world to London would be half a day ahead or behind, maybe more. If you’re curious, you can check the current local times and get more information about international world clocks. Some islands like Tonga and Samoa are 13 hours ahead of the UK time zone, while other islands like Line Island are 14 hours ahead. Islands on the west side of the world are a whole day behind, so you can celebrate your birthday for more than a day if you travel to countries on opposite sides of one another.

When Germany was occupying European countries during World War II, they altered these countries’ time zones to match the German zone. Countries including Belgium, France, Norway, and Holland originally had the same time zone as Britain, before the German changed it. That explains why the UK and European countries should be in the same time zone, besides the fact that their actual sunrise fits better. Francisco Franco, the dictator who ruled Spain during the second world war, had also changed Spain’s time zone to an hour ahead, which is why Portugal is the only country on mainland Europe that has the same time zone as the UK.

Places With No Time Zones

The North Pole and the South Pole are the only two regions that don’t have official time zones. This is because the lines of longitude are connected by the two poles when the earth rotates, dictating the time zones. However, at the North and South poles themselves, these lines converge. Both poles lie at the point where the Earth’s surface and its axis intersect, so 24 different time zones collide at one point, rendering them meaningless. Antarctica for instance would then be located in all time zones, which doesn’t make sense at all. People living there either follow the time zone of the nearest cities, some follow their home country’s time zones, while others follow the standard UTC.

Hawaii and Arizona are the only two US states that don’t follow daylight saving time due to the high heat they experience. The high temperatures in The Grand Canyon State can be intolerable as well. That is why they schedule most of their activities at night when the weather is much cooler. Fun fact: American farmers were never advocates of daylight saving time, and claimed that it only benefited urban populations and business corporations, who wanted to exploit the daylight summer. 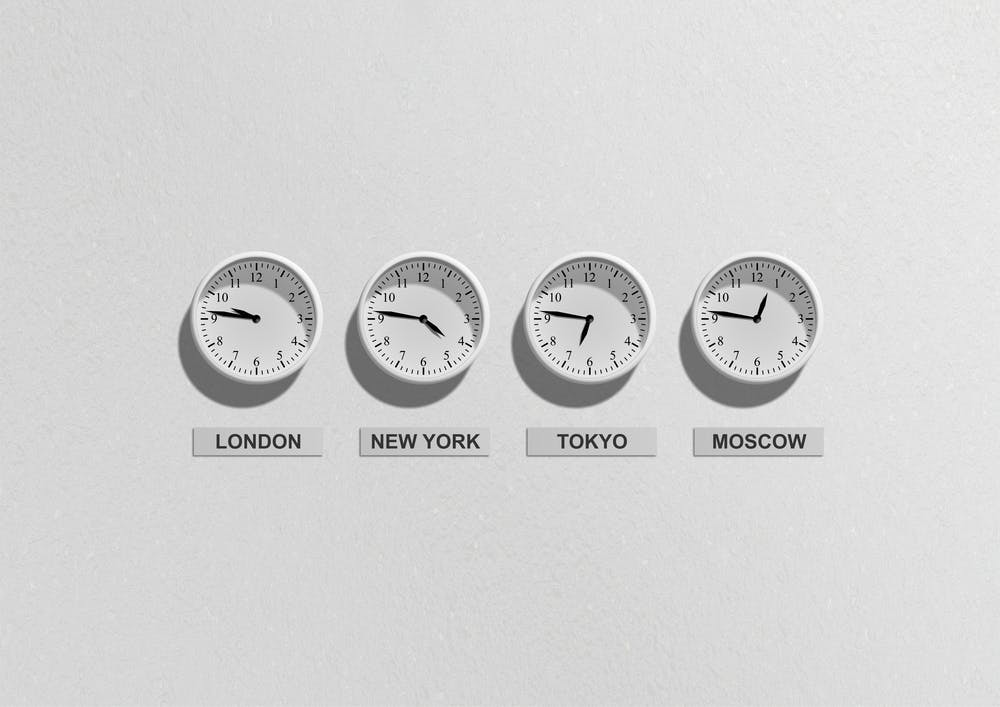 Time zones can make your head spin, and there’s never enough information about the origins of time zones across the world. We keep learning about the weirdest, most fascinating, and surprising facts whenever we dig deeper, and there are always loopholes and exceptions. Researchers are constantly studying inceptions of sunrise and solar activity, to be able to explain the secrets behind time zones and set world clocks that are needed every day. We hope this article has added a lot to your knowledge about time zones and unraveled surprising new information.